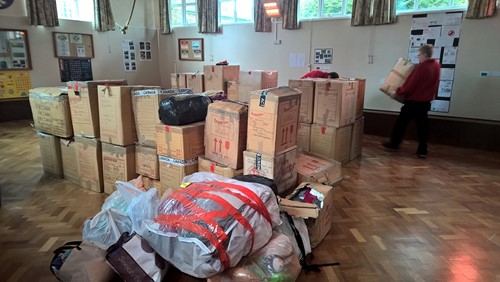 They opened these boxes and sifted through the many clothes, items and um...stuffed toys within. It's okay. There's nothing untoward going on. Most of these boxes have been in our UK warehouses since 2009. For whatever reason, the owners decided they no longer wanted their personal belongings and for all intents and purposes abandoned them, leaving us with a lot of warehouse space taken up with obsolete boxes that no one wanted, least of all us. 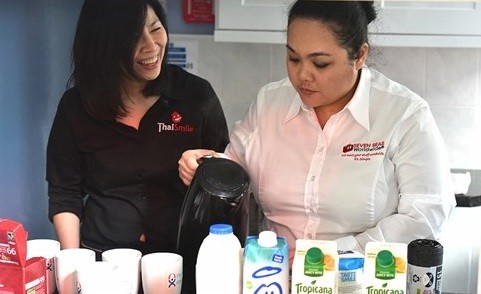 So with our friends at Thai Smile, we decided to take the boxes to a London location, open them up and see what could be sent to charity. And it was a brilliant day. So much was salvaged and re-boxed for sending back to a charity in Thailand, chosen by Thai Smile. With the help of a supportive Seven Seas Worldwide crew - which also included director John Henderson - every item that could be spruced up and saved was put into new boxes and labelled up, bound for its new destination in Thailand. 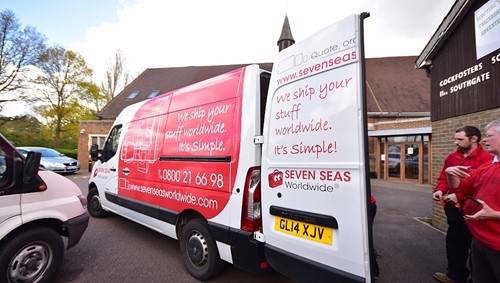 The boxes were heading for an extremely worthwhile charity called the Safe Haven Orphanage who have been supported by Thai Smile for a number of years and help children all over Thailand find stability and safety through shelter, clothing, medical care, nutrition and education. 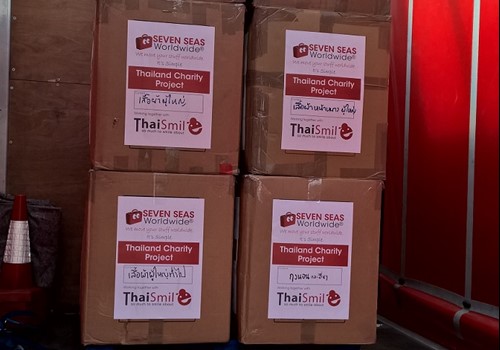 Once the boxes had been repackaged with new Thai Smile labels, the Seven Seas Worldwide van drove away to begin the long journey to Mae Tawo in the Tha Song Yang District of Western Thailand. Seven Seas Worldwide are world leaders in both nationwide and global moves, helping thousands of customers each year move or store their personal belongings, excess baggage and household items.